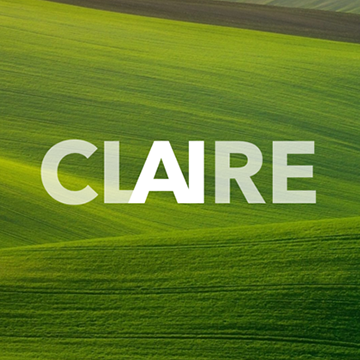 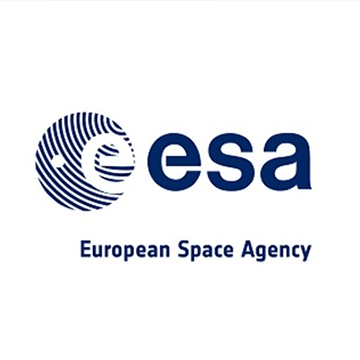 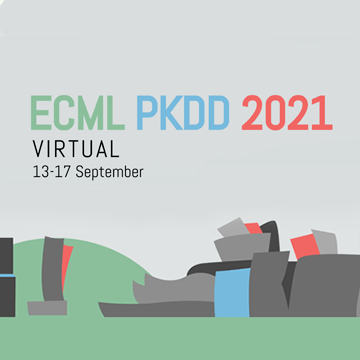 Organized by CLAIRE and ESA, in association with ECML PKDD 2021

Abstract: It is not yet certain if self-driving vehicles on Earth will ever become a reality. Yet, using autonomous robots in space exploration and exploitation is almost certainly a necessity. While the challenges towards self-driving on Earth and autonomous robots in space are different, it is interesting to see if capabilities investigated for the former can be transferred to the latter. In this talk, I will present activities at The University of Adelaide on developing robust computer vision capabilities to enable collaborative autonomous robots for Lunar in-situ resource utilisation (ISRU). Proposed solutions and results for several key challenges, such as GPS-denied navigation, real-time obstacle detection and avoidance, and robotic manipulation and interaction, will be described. Limitations of the vision capabilities, which depend partly on machine learning techniques, and questions on operationalising the capabilities to the actual Lunar environment will also be outlined. 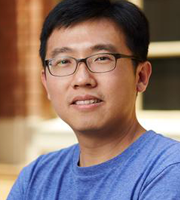 Bio: Tat-Jun Chin is Professorial Chair of Sentient Satellites at The University of Adelaide. He received his PhD in Computer Systems Engineering from Monash University in 2007, which was partly supported by the Endeavour Australia-Asia Award, and a Bachelor in Mechatronics Engineering from Universiti Teknologi Malaysia in 2004, where he won the Vice Chancellor’s Award. Tat-Jun’s research interest lies in optimisation for computer vision and machine learning, and their application to intelligent satellites and space robotics. He has published more than 100 research articles on the subject, and has won several awards for his research, including a CVPR award (2015), a BMVC award (2018), Best of ECCV (2018), two DST Awards (2015, 2017) and IAPR Award (2019). Tat-Jun is also the Director of Machine Learning for Space at The Australian Institute for Machine Learning. He was a Finalist in the Academic of the Year Category at Australian Space Awards 2021. 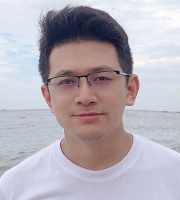 Bio: Binfeng Pan is a professor at Northwestern Polytechnical University (NPU), P.R. China. He is the director of deep space exploration and AI interdisciplinary research centre of NPU, a manaming editor of Acta Astronautica journal, a committee member of society of intelligent aerospace systems of China, and a senior member of AIAA. His research interests are in the area of trajecotry optimizations, computational guidance and control, and applications of AI in aerospace engineering.

Abstract: The guidance and navigation subsystem of space mission is a crucial component whose reliability and efficiency is necessary to the success of any given mission. In the last decade a number of approaches have emerged that substitute parts of this system with well trained artificial neural networks. In this talk, a few emerging new ideas are discussed that are being studied at the European Space Agency as possible candidates for advanced future neural based G&C architectures. G&CNETs, geodesyNETS, eclipseNETS and neuromorphic computing will be briefly explained and presented together with some preliminary results. 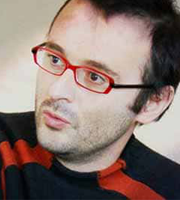 Bio: Dario Izzo is the Scientific Coordinator of the Advanced Concepts Team (ACT) at ESA, where he coordinates all the scientific activities of the ACT and manages the interface of the ACT to the rest of ESA. Dario is a major proponent of AI and champion of deep neural networks to solve space problems. He pioneered studies in interplanetary trajectory design using AI and was responsible for starting the Global Trajectory Optimization Competitions events, the ESA’s Summer of Code in Space, and the Kelvins competition platform which brings together AI and space researchers. Dario has published more than 150 papers in journals, conferences and books. In 2013, he received the Humies Gold Medal for the work on grand tours of the galilean moons and, the following year, he won the 8th edition of the Global Trajectory Optimization Competition, organized by NASA/JPL, leading a mixed team of ESA/JAXA scientists. Dario graduated in Aeronautical Engineering from the University Sapienza of Rome in 1999. He later obtained a second master in “Satellite Platforms” at the University of Cranfield in the UK and a Ph.D. in Mathematical Modelling in 2003, at the University Sapienza of Rome where he had the honour to assist Prof. Chiara Valente throughout the classical mechanics and space flight mechanics courses during the academic years 2001-2003.